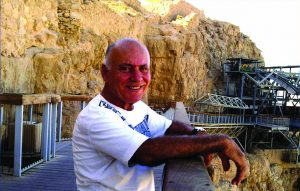 Mr. Zeev Rafael, the founder of Mazada Tours, was born in 1941 in Jerusalem.
His parents were pioneers in the Land of Israel and lived in the original Jewish neighborhood in Jerusalem.
Since his childhood, he has been interested in history and culture and his father played a major role in encouraging this pursuit.

In fact, his father was owner of the first private Busses company in Israel and took him all over Israel during an era when school bus transportation was one of the primary methods of getting from one place to another.

1967 was a watershed year in Israeli history just as it was for Mr. Refael personal history and professional career when he initially opened the doors to his first travel company.
At the age of 28, he decided to realize his childhood dream of opening a hybrid travel enterprise that served as both a travel agency and a tour operator after a childhood visit to the Mazada enclave at the tender age of twelve.
He had an epiphany while climbing the traitorous snake trail and struggling up the rope ladder just prior to reaching the summit.
He decided he would enter the tourism trade, and he named his first business located in Ramat Gan, Mazada Tours, after the site where he was inspired to pursue a lifetime career as a tourism expert.
In 1970, Mr. Refael got his tour guide license and became one of the first licensed tour guides in Israel.
The vigorous preparations and studies for this license, along with his early childhood travel experiences
provided him with knowledge and expertise that served satisfied tourists from all over the word during three
decades.
In 1981, the business moved to its current address on Basel St., conveniently located adjacent to the Egyptian
Embassy in Tel Aviv.
Along with this new business address, Mazada Tours also inaugurated its famous international bus line
providing regular bus service from Tel Aviv and Jerusalem to Cairo.
This transportation innovation enjoyed unprecedented success and paved the way to further expansion and
specialization.
Mr. Refael continued at the helm until he entered semi-retirement in 2012, turning over the management and
ownership of the business to his son, Mr. Yotam Refael, Mazada Tours current C.E.O.

Born and raised in the tourism industry.
He is a true expert in all matters associated with incoming tourism in Israel.
Languages: Fluent in Hebrew and in English. 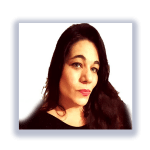 Born in France, she joined our company in 2011 with more than 10 years of experience in incoming tourism in Israel. 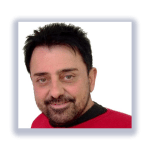 Born and raised in Cuba, a licensed tour guide, he joined our company in 1992. He has years of experience in guiding South American groups and FIT’s. 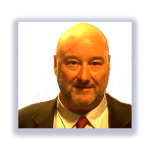 He is a native of the United States. He joined our company in 2012 and provided an American touch with his hospitality experience and his knowledge and familiarity with the superb quality of service required by the North American market.